Well, I cannot believe how quickly life is moving. I met a wonderful guy and will be moving yet again. Relationships are being restored and I am seeing God work in such amazing ways.  About that…. 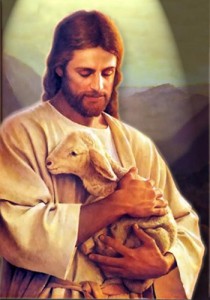 For years, my dad & I have been estranged.  I’ve spent many nights in prayer crying out to God.   I would pray Isa 63:15-16; 64:1-7 asking God to manifest his zeal and his power, to act and to intervene, to bring restoration.  I would pray Malichi 4 that God would turn our hearts to each other.  But I would see nothing…no fruit from these prayers.  The silence and separation continued.

For months and years, I’ve cried out to God–filling the pages of journals with one prayer.  That God would send a partner. A friend that I could relate to in my passion to go after God and live a life of extravagant devotion with a manificent obession.  The longing grew and yet …nothing. As my early 20’s turned to my late 20’s, there was still not even a breath of a relationship around the corner.

I began to pray the prayer of Isaiah with more passion: Where are Your zeal and Your mighty deeds? The stirrings of Your heart and Your compassion are restrained toward me. His Word says that there is no other God like him who acts for those who wait for Him. Ummm… I’m waiting, God.  Where’s the ‘acting’ part of this?   His Word says that He will act speedily for those that cry out to Him day and night.  That’s about how often I’m crying out on these two issues.  I think our idea of speedily is a little …off.

And Suddenly… the pieces began moving.  All the prayers, all the tears… God had been working where my natural eyes could not see.  His left arm is the hidden arm working behind the scene in ways that are not apparent.  But then the right arm of God shows itself and it’s no wonder that we call it the strong right arm of God.

But it’s important to note.  The left arm is just as strong.  It is always working for us. As we are praying, God is moving the pieces in response, according to His will.  Though we can’t see it, He is working on our behalf with EVERY prayer that we pray.  There will be seasons where we see His movements with our eyes, but there will be other seasons where what He is doing is hidden.

And these times may be far more in number because… we are called to walk & live by faith.  And faith is the substance of things NOT SEEN.  So, in faith, we trust that if we pray according to His word & thereby His will then He will be faithful to respond.  Even if it seems like things are not getting better (and often times appears like they are getting worse).  It is in the “left arm” seasons that we are to pray and believe that God is faithful, that He hears our prayers, and that He is answering every single time.