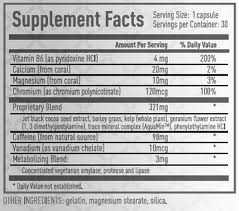 Taking Xyng While Breastfeeding: Why I Chose to Take Xyng

These are my personal views and research on taking Xyng while breastfeeding: Since I was catching some flack over my decision to take Xyng, a supplement that contains stimulants/caffeine while breastfeeding my 8-month old, I decided to write a post regarding my reasoning for doing so.

First off, let me tell you that my reason for taking Xyng is not weight loss although that is a pleasant side effect. But I would not put my baby at risk for a 10-lb weight loss.  Secondly, this supplement I believe helps me to be a better mother.  And thirdly, there is no proof whatsoever that this supplement will cause any harm to my nursing babe.

I have ADHD.  I have taken medication for a good part of my life. When I knew I was going to possibly be “trying to conceive” I stopped taking my meds.  I used running and caffeine to “control” the symptoms. This was difficult, but I did not work during my pregnancy and this helped.  It also helped that I could blame “pregnant brain” for a lot of my forgetfulness.  The first couple months postpartum were okay because I had a high dose of adrenaline running through my system.  (God’s gift to newborn moms) But then this time passed, and I found myself in a position in the most important job of my life.  An infant relied upon me to pay close attention to her every move and remember to meet her every need.  And oh ya it needed to be in an orderly way because consistency is good for her.

Then there was another factor.  She relied on me for nutrition.  My body was the source of almost all of her sustenance as I was nearly exclusively breastfeeding. So, I began my research on the risks of taking a supplement that helped me with mental focus, clarity, energy, and mood.

Even while breastfeeding, I drank 1-3 glasses of wine on a regular basis.  It helps me to relax and sleep at night. Xyng also helped me to relax and sleep at night. It causes an increase in serotonin which also causes an increase in melatonin which helps you sleep better at night. It also gives me more control of my choices (compulsivity).  The outcome of this is that I have cut my drinking of alcohol in the evenings to nearly zero.  Here is some research I found on alcohol and breastfeeding:

A significant number of women between 14 and 39 years of age drink alcohol regularly (at least one standard drink per week) in many countries. A Norwegian study (Alvik 2006) reported that 80% of women breastfeeding a 6-month old used alcohol. They had, however, reduced by half the amount of alcohol they used to consume prior to pregnancy. Relatives, friends and health professionals for many years have recommended that breastfeeding mothers have a glass of alcohol to relax of an evening, purporting it to increase milk supply and perhaps even breastmilk quality. This is erroneous.

Transfer of alcohol to the infant:

Alcohol readily crosses into breastmilk by simple diffusion, achieving levels approximately equal to that in the maternal blood stream.

Alcohol flavours the breastmilk and changes the smell of breastmilk. (Mennella 1992)

Effect of alcohol on lactation:

Oxytocin release, necessary for the milk-ejection reflex to function is inhibited, or at least partially inhibited, after 2 standard drinks of alcohol. (Mennella, 2005)

Milk volume is reduced by about 23% after one standard drink of alcohol. (Mennella, 2005). Note that alcohol in any form (beer, stout, wine, etc) is NOT a galactagogue!

Caloric value of breastmilk is unchanged after ingestion of alcohol.

Effect of alcohol on the infant:

Due to liver immaturity, infants detoxify alcohol at about half the rate of adults until they are at least 3 months old. Alcohol exposure to a younger baby can be far more detrimental than to an older infant.

1 standard drink per day has been associated with a decrease in psychomotor development in some studies, but not all. Binge drinking (5 standard drinks) weekly has the same effect. 1 standard drink results in the infant suckling more but getting less milk and becoming mildly sedated. In the 4.5 hours following ingestion of alcohol in breastmilk, infants were found to be more wakeful. (Mennella 2001A)

Effect of alcohol on the mother

More than 2 standard drinks at a time can impair the mother’s judgement and functioning. Regular alcohol consumption is often associated with depression and fatigue. The diet of a woman who drinks regularly may be deficient in nutrients.

Counselling the mother who consumes alcohol

I was shocked to find that my drinking of 1-3 drinks could have very serious effects on my daughter and my supply. So, the benefits of taking Xyng while breastfeeding are greater than the risks of drinking alcohol.

When I was 6 weeks postpartum,  my doctor prescribed me the highest dose of Buproprion/Welbutrin that there is.  This is time-released (stays in your system) stimulant medication. And Sofia was still a newborn.  He prescribed this for postpartum depression and told me that it was safe as the percentage passed into milk was so trace that even Sofia as a newborn would not be affected.  He told me to keep an eye on her for certain symptoms. The medication was actually a little too strong and I dropped down to the lowest dose later.  A friend of mine was prescribed adderall, another stimulant medication while she was breastfeeding her newborn/infant.  She was told basically the same thing.  The research that I found was on methamphetamine, and really they are most likely referring to meth, crack, and crack-cocaine.  There is a slight mention of dosed medications:

Methamphetamine use is growing problem. In Australia it is the second most commonly used illicit drug after cannabis, with 9% of Australians having ever tried it. In America it is the most common drug-related law enforcement problem faced. Crimes of burglary, domestic violence, child abuse and sexual violence have increased as a direct result of methamphetamine use. Methamphetamine usage is closely associated with mental disorders such as psychosis. If the drug is injected the risk of HIV AIDS and hepatitis C is increased. Dexamphetamine is commonly used therapeutically to treat Attention Deficit Disorder. In therapeutic usage no untoward effects have been reported in breastfed infants.

Transfer of methamphetamine to the infant:

Significant transfer of drug into breastmilk. 18 – 68 mg/kg/day transferred in two studies (Ilett 2002) Breastfeeding is contraindicated while breastmilk is affected. Pumping and discarding the breastmilk is recommended for 24 hours after the last dose.

Effect of methamphetamine on infant:

Effect of methamphetamine on mother:

The mother is likely to suffer from hallucinations, agitation, seizures, acute paranoid psychosis, extreme hypertension, hyperthermia, tachyarrhythmias – dependent on the dose taken. While under the influence of this drug she will be incapable of providing any care for her infant.

Counselling the mother who uses methamphetamine:

This drug causes major personal and society harm. Support to attend a drug rehabilitation service should be provided. Due to the very high risk of child neglect and abuse ongoing surveillance of the child’s situation is required.

Alternative arrangements should be made to care for children while the mother is affected by this drug. Breastfeeding should be withheld for 24 hours after the last dose of methamphetamine.

Now this research is stating that if you go on a cocaine binge breastfeeding is “contraindicated” for 24 hours.  Note to self. But it is also stating that there have been no reported effects to an infant that is breastfeeding.

Other research on stimulant medication:

The stimulant medications used to treat ADHD can be found in the FDA’s Category C (see “Drug Safety: Know Your Risk,” sidebar) for pregnancy. For nursing, ADHD medications are classified as L3: Moderately Safe (“There are no controlled studies in breastfeeding women, however the risk of untoward effects to a breastfed infant is possible. Drugs should be given only if the potential benefit justifies the potential risk to the infant”) in the most commonly used safety scale.

Concerning lactation, many health professionals believe that the risks associated with not breastfeeding may outweigh the risks of using stimulants. The American Academy of Pediatrics recommends that women breastfeed their babies for at least one year.

If you decide to resume medication after giving birth, however, doctors recommend waiting until your baby is a few weeks or a month old, and eats less frequently. Source

I should also include some of the research on caffeine as it was done separately:

Transfer of caffeine to the infant

Transfer into breastmilk varies from person to person depending on their ability to absorb and eliminate the drug. Generally, peak levels of caffeine are found in breastmilk 60 minutes after ingestion.

Less than 1% of the maternal dose is transferred to the infant. A maternal dose of one or two cups of coffee (60 – 180 mg caffeine) is clinically insignificant for the infant. Newborn babies may take up to 80 hours to metabolise caffeine. Because of this long excretion time in the very young baby, caffeine may accumulate in significant amounts. By 6 months of age they are able to metabolise caffeine in 2.6 hours. (Aldridge 1979, Hale 2006)

Effect of caffeine on milk composition:

3 cups of coffee or more per day may be associated with a reduction in iron content of breastmilk of up to one third of that of women who don’t consume coffee. Moreira (2005) noted the iron-reducing activity of coffee beverages was not influenced by caffeine, but rather by the presence of chlorogenic acids in coffee.

Chronic coffee consumption by the mother could result in iron deficiency anaemia in the breastfed infant. (Liston, 1998)

Effect of caffeine on infant:

Maternal consumption of more than 300mg caffeine (about 3 cups brewed or filtered coffee) per day has been associated with jitteriness and irritability in the baby and also poor sleeping patterns. Source

Now according to MayoClinic.com, one cup of coffee–8 oz.–can contain 95 to 200 mg of caffeine. Xyng contains 90 mg of caffeine and this is time released (spread out through the day).  So, these studies’ evidence really do not apply, but I thought I would give them since that seems to be a central argument by some blog moms.

Now supplements are not regulated by the FDA.  They also are not tested like prescription medications are. There simply is not the funding for supplements to undergo the same testing.  This is why my obgyn told me to stop taking melatonin while pregnant and instead start taking Tylenol PM. I blindly obeyed in the beginning even though I hated that next day groggy, drugged feeling.  And then she told me her reasoning, that supplements are not tested and only big pharmaceutical companies like Tylenol can afford to test safety of things for pregnant women.  So rather than taking something naturally occurring in the body, she had to recommend that I take a drug (and for me NOT to take the melatonin.) Xyng is also not to be taken by breastfeeding moms for the same reason.

Since taking Xyng, I have been more attentive to Sofia and had more energy to get up with her during the day, chase her around the house, play while also managing things like laundry, house cleaning, and cooking meals. I feel that Sofia has had a “better mom” while I’ve been taking this supplement.

Sofia has not shown any negative side effects like sleeplessness, nervousness, or fussiness.  She is her usual healthy, calm, happy self.

My supply has not gone down.  In fact, I feel I have seen an increase in milk supply as she has started going longer between feedings and nursing shorter amounts of time.

Now this comes down to a personal decision for every mom.  I had to weigh the benefits and risks and decide what I thought was best for us.  I believe God gave us instincts also. I’m doing my best to be the best mom I can to my daughter. And that’s all any mom can say.