I’ve been watching an amazing teaching series by Mike Bickle on the Millennial Kingdom. This series has really enlightened my eyes to just how little I thought about anything beyond this side of eternity. I had no idea how little thought I had given to this. 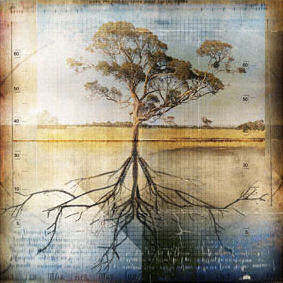 While I was studying Hebrews 11 the other day, I noticed how much our faith relies on focusing on the hope of our calling in eternity. The fathers of our faith, the greatest men in Christianity, lived for eternity. Listen to this verse that speaks of these men, these pillars of faith:

These all died in faith, not having received the promises, but having seen them afar off were assured of them, embraced them and confessed that they were strangers and pilgrims on the earth. – Heb 11:13

David says several times in the psalms that he is a stranger, a pilgrim on this earth. The apostles constantly mention that they are living for this heavenly hope and eternal rewards. But were these men so heavenly-minded that they were miserable and detached from this reality?

I don’t think so. Though Paul was tortured and imprisoned, he speaks constantly of joy and satisfaction. Though John lived a deprived life, he also speaks of fulness of joy. These men were not even married, and yet they were completely satisfied. Then we can read a very different view in Ecclesiastes 1 & 2 of Solomon who had everything and accomplished so much in this life and yet he was miserable and unsatisfied.

Living with eternity in mind gives significance to even the mundane. When I say no to temptation, I am earning a reward in heaven says James. We are reward-driven people. We were created this way. Each moment, each decision has relevance when I live for eternity. It also makes these troubles in our lives seem so small. Look at what Paul said:

For our present troubles are small and won’t last very long. Yet they produce for us a glory that vastly outweighs them and will last forever! -2 Cor 4:17

When we are living for the purpose and reality of eternity, we are constantly aware of our connection to an epic adventure, a great saga that began before time.  We are connected each moment to our purpose.  Our lives have value that will go on forever. In 100 years, it is likely that no one will remember your name and definitely not what job position you held.  But in a million years, what you did for the purposes and calling of God will be remembered and celebrated.

Live for eternity.  Not only will you live a life of joy and satisfaction, but your life will really matter…forever.