Tuned in to FoxNews or CNN, our eyes turned to the White House, heated debates, firm stances. Our passion for politics and government is God-given.  We have been made kings and priests unto God to rule with Him now & always.  Jesus government will continue to increase and expand forever.  Forever!  Across the nations, across the galaxies.  And it will be a government of peace, justice, truth, righteousness.

He rules His kingdom by and through intercession.  He created … well creation… through the spoken word.  Now we have been given this same authority to speak to God and create shifts in reality according to His will.  The government and politics are run from the central point of God’s throneroom.  This same throne we are told to approach with boldness.  Today we are made to govern the world by faith through the power of prayer. 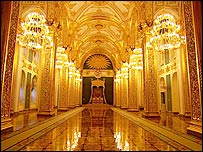 In the coming age, the faithful lovers of God will be placed in seats of government to rule according to His righteous ways and guidance.  This reward is promised to us both in the Millenial Kingdom and in eternity.  It begins now but it will go on forever.

So, don’t despise interest in american & international politics and governments.  It’s only natural. But remember always that the true power and authority goes out from a real throne room in heaven now & always.

For to us a child is born, to us a son is given, and the government will be on his shoulders…Of the increase of his government and peace there will be no end.  Is 9:6,7

To him who overcomes, I will give the right to sit with me on my throne, just as I overcame and sat down with my Father on his throne. Rev. 3:21

I saw thrones on which were seated those who had been given authority to judge. And I saw the souls of those who had been beheaded because of their testimony for Jesus and because of the word of God. They had not worshiped the beast or his image and had not received his mark on their foreheads or their hands. They came to life and reigned with Christ a thousand years… Blessed and holy are those who have part in the first resurrection. The second death has no power over them, but they will be priests of God and of Christ and will reign with him for a thousand years. Rev 20:4, 6

And have made us to our God kings and priests: and we shall reign on the earth.  Rev 5:10