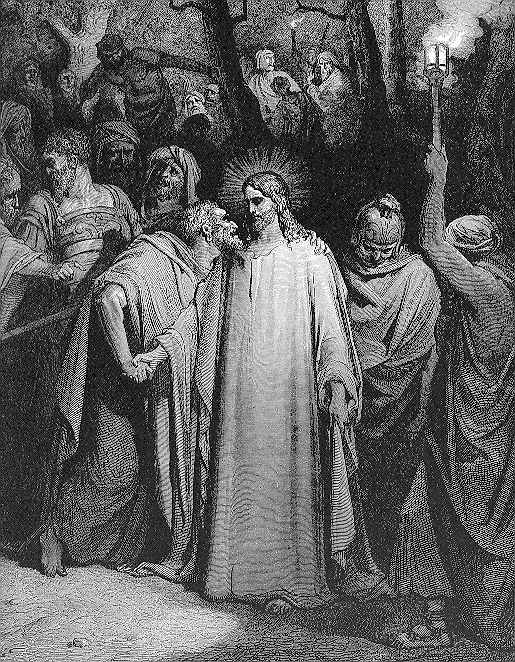 IS JUDAS IN HELL?

I’m studying & reading through commentaries on Matthew 27. An interesting question that came to mind was, “Is Judas in Hell?” 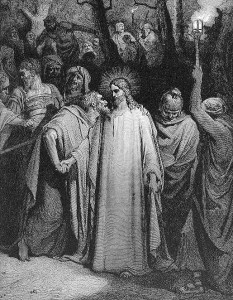 So, what do you think: IS JUDAS IN HELL? I’m not going to get into “once saved always saved” debate in this post although my stance is that you CAN lose your salvation although it is very difficult.  This is not one of my beliefs that is rock solid, but at this point in my life it’s the opinion that I hold.  Now, for sure, I believe if a person is repentant (sorry, has a change of heart/mind, asks forgiveness to God) about what they did then I definitively believe God’s Word says they will not be condemned or sent to hell. We would first have to take a look at the definition of repentance or even perhaps true repentance.

REPENTANCE: (noun) deep sorrow, compunction, or contrition for a past sin, wrongdoing, or the like.

In TRUE REPENTANCE, we add “truth” to this definition.  Truth the person-Jesus Christ.  So, a person must be sorrowful and contrite about the sin yes, but then there is also a changing of direction, a turning away.  (Actually Miriam Webster’s definition was better:  to turn from sin and dedicate oneself to the amendment of one’s life.)  Once turned away from sin, the person must be turned to Jesus Christ for the forgiveness of this sin and renewal/restoration.  After true repentance, they live this area of their life in a completely different way.  It’s an about face of mind, soul, body, and spirit out of and toward the love of Jesus.

Then Judas, which had betrayed him, when he saw that he was condemned, repented himself, and brought again the thirty pieces of silver to the chief priest and to the elders (Mat 27:3),

Now there is the theory by some, and it is plausible that Judas Iscariot by his betraying of Jesus was trying to force the hand of Jesus to establish the kingdom. That Judas didn’t like Jesus talking about the kingdom being prolonged, and he was getting impatient, even as John the Baptist earlier got impatient, and sent his disciples to Jesus and said, “Hey, are you the one that we are looking for, or shall we look for someone else?”(Mat 11:3). In other words, let’s get this show on the road. And Judas himself was actually seeking to force Jesus to declare the kingdom, to manifest Himself as the king. And thus, it was actually a plan gone awry, in a sense, so that when he saw that Jesus was condemned, suddenly he realized that the whole plan had backfired on him, and he repented for what he had done.  There are many other interesting theories given in this post about Judas.

However, that’s reading into Judas, motivations of which we have no way of proving; it’s just interesting speculations. So as I wrote above, there are really two kinds of repentance. I think that if you would go to prison, you would find that every prisoner there was repentant. All sorry. Very few of them sorry for what they did, but most of them sorry that they got caught. And there is two kinds of repentance that way. Sorry that the plan backfired perhaps or really sorry for what he did.

Well that is a confession of sin.  But look at the line before when he saw that he was condemned.  Judas was caught. Another personal theory of mine was that Judas had let greed get into his heart.  When he saw the waste of Mary (as she anointed Christ), it was money not in the treasurer’s-his-pocket. That’s why you hear Judas saying, “This money could have been given to the poor…yada yada…”   And Jesus had berated him at that moment.

Maybe Judas thought Jesus would get a slap on the wrist.  Who would have thought that the people would go temporarily insane and ask the government to crucify their messiah?  Or maybe he wanted Jesus out of the picture for a while for his money pilfering purposes. But whatever the reason, it was when Jesus was condemned that he felt “sorry” .  And he did not turn to Christ I believe but to suicide which is a very selfish, self-pitying, self-serving death.

There are three other facts given that complicate this answer to the question “Is Judas in Hell”:

1. We are told in two other gospels that “Satan entered Judas”

2. Judas is called by Peter the “Son of Perdition”

3. Jesus says it would have been better for Judas if he had never been born.

I think I will explore these three later because they are very intriguing to me.

As for Judas’ repentance: true repentance or no? We have no way of knowing his heart but for the sake of argument…

It’s certain that Judas had silenced the voice of conviction over and over.  He had a dulled conscience for sure.  This is the only way he would have been able to steal from the ministry OF JESUS.  I mean think about that.  Then you have Jesus washing his feet, calling him friend, looking into his eyes, sharing an intimate meal with him only to have Judas turn and hand him over to  Jesus own enemies.  And to betray Jesus the kindest, most innocent, lamb with a KISS! That takes a cold-hearted person.  Also the fact that Satan had access to enter into Judas says that he had opened the door to evil within his soul.  He had silenced time and time again the voice of the Holy Spirit of whom he was living in the presence day in and day out.  And I believe this silencing of the Spirit, this rejection of His conviction and truth is BLASPHEMING THE HOLY SPIRIT, the unpardonable sin in Mark 3.

From a practical view, I imagine how Judas’ life would have looked had Jesus not been condemned to death. Since he committed suicide, we do not know how he would have acted after this terrible act. But I think based on his pattern in life, he would have gone on sinning paying no attention to conviction or his conscience.  So, Is Judas in  Hell?  Only God knows for sure, but I don’t think we will be seeing him in heaven.