Good Versus Best: Have You Chosen God’s Perfect Will for Your Life? 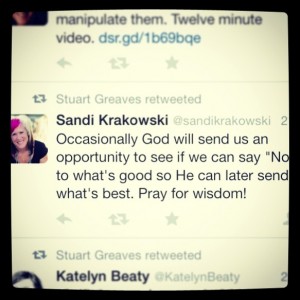 This tweet popped on my phone yesterday. It reminded me how much I cant stand this theology of good versus best! I hate at the end where she says “Pray for wisdom!”  Like… Good luck to you! Hope you make it! Choose wisely or else…

Reminds me of this…

God’s good and perfect will versus the will that we choose. Try as you may to make the right choice & follow God’s plan for your life, you’re left always wondering if another choice would have been His “best” for you. Aaaah! And in the midst of the choice it’s even more confusing: should I take this job? Date/marry this person? Choose this career path? Move to this city? Join this ministry? Go to this church? And always before us the possibility of good and best. So frustrating! We are left wondering & afraid of choosing wrongly. while all the while living in possible regret & condemnation for past choices where we didn’t “wait for God’s best”.

A long time ago, I heard this testimony by Jennifer Toledo constantly she was talking about God speaking to her saying, “You can pick this now, aaaand eh…it will be good (said in a maybe kind of way), but it won’t be my best.”  Over and over this was said to her by God of her different choices.   This testimony haunted me.  Was God saying this to me about my choices? How many had I already picked that were “eh..good”?  I was so afraid to choose God’s good and not wait for His best.  And was He dangling the “good” in front of me to see if I would trust Him and wait for His “best”?  Was I close enough to Him to even hear him when He pointed out best? Wait- was that the best that I thought was good but really would have been best?

For God is not the author of confusion, but of peace. 1 Corinthians 14:33 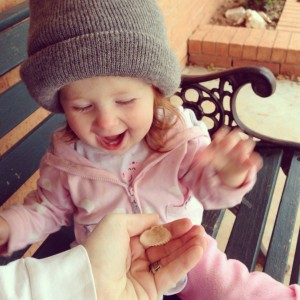 Sofia and the Shell

God spoke to me today through a shell not like metaphorically but a literal shell-two shells actually.

my daughter and I were sitting outside on this windy Oklahoma fall day. She trotted off discovering things in our overgrown front garden area. She came back with a tiny shell. She examined it with joy feeling it’s texture with her fingertips and tasting it at times with her tongue. After turning it over many times in her own hand,  she handed it to me. We began the game of me closing and opening my hand around the shell. It was a delightful 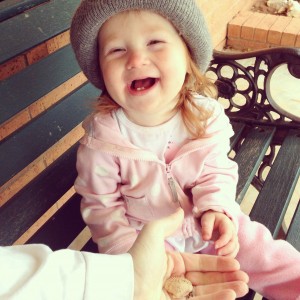 game and her joy in it brought me joy.

Then I looked and just beyond where she had found the little shell was a big conk shell, 4 times the size with spirals of dimension & probably containing the majestic sound of the ocean. If she had just walked a bit more, if she had passed up the little shell, what delight would she have found with the amazing shell just beyond. But it wasn’t about the shell or which choice she made. It was just up to her to choose & then experience it with me. Dance this dance of discovery with me. The dance would have maybe been different with the big shell but none the more delightful. Was outside my or God’s perfect will for her to choose the smaller shell? Was this a good choice versus the best choice?  Would I even want her battling between the two or just enjoying choosing one and experiencing it with me?  And isn’t God a much better parent than I? 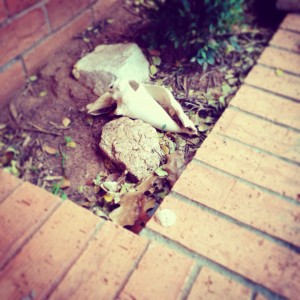 It also reminded me of a book I’ve just finished by CS Lewis called Perelandra. Let me quote a page or two from it to you,

“What you have made me see,” answered the lady, “is as plain as the sky but I never saw it before. Yet it has happened every day. One goes into the forest to pick food and already the thought of one fruit rather than another has grown up in one’s mind. Then, it may be, one finds a different fruit and not the fruit one thought of. One joy was expected and another is given. But this I had never noticed before – that the very moment of the finding there is in the mind a kind of thrusting back, or setting aside. The picture of the fruit you have not found is still, for a moment, before you. And if you wished – if it were possible to wish – you could keep it there. You could send your soul after the good you had expected, instead of turning it to the good you had got. You could refuse the real good; you could make the real fruit taste insipid by thinking of the other.”

“And this… is the glory and wonder you have made me see; that it is I, I myself, who turn from the good expected to the given good. Out of my own heart I do it. One can conceive a heart which did not: which clung to the good it had first thought of and turned the good which was given it into no good.”

“I don’t see the wonder and the glory of it,” said Ransom.

Her eyes flashed upon him such a child flight about his thoughts as would’ve been scorning earthly eyes; but in that world it was not scorn.

“I thought,” she said, “that I was carried in the will of Him I love, but now I see that I walk with it. I thought that the good things He sent me drew me into them as the waves left the islands; but now I see that it is I who plunge into them with my own legs and arms, as when we go swimming. I feel as if I were living in that roofless world of yours where men walk undefended beneath naked heaven. It is a delight with terror in it! One’s own self to be walking from one good to another, walking beside Him as Himself may walk, not even holding hands. How has He made me so separate from Himself? How did it enter His mind to conceive such a thing? The world is so much larger than I thought. I thought we went along paths – but it seems there are no paths. The going itself is the path.”

“And have you no fear,” said Ransom, “that it will ever be hard to turn your heart from the thing you wanted to the thing Maleldil (God) sends? “

“I see,” said the lady presently. “The way you plunge into maybe very swift and great. You may need all your forced to swim into it. You mean, He might send me a good like that? “

“Yes – or like a wave so swift and great that all your force was too little.”

“It often happens that way in swimming,” said the lady. “Is not that part of the delight?”

Indeed, sometimes the waves that he sends so swift & great, they overwhelm us & nearly destroy us? But isn’t it these times, these choices of ours, that lead us into the deepest intimacy & deepest dependence on Him? Maybe we have chosen to dive into these waves; maybe another choice would have been smoother waters, but isn’t this part of the dance with Him-a dance of delight & discovery?

I have to tell you-I am the result of such a dive. My mom plunged into the “wrong” wave & my brother, my other sibling in heaven, and myself are the result.  Maybe some of my choices I have chosen the “good” instead of the “best” if that is even possible in God’s sovereignty.  But I am in good company.

The Company of “God’s Good” Choosers

Yes- this thought is ridiculous. So, how then do we apply this to our own lives? There is no need to be afraid of the choices you are considering if you are one who loves God and desires to please Him.  His sovereignty has seen your choices and shaped them into a beautiful life that causes you to fall more in love with him and be changed from glory to glory.

And maybe those big choices aren’t really such “big” choices.  Which is more important: who you marry?  Or how you walk out that relationship daily?  You can marry God’s “best” and not only will it have it’s own struggles, but if you are selfish and hateful, then what good is marrying the “best” anyway.  Same thing with where you work, live, etc.

If theology is causing you confusion or stealing your peace, throw that bath water out. Return to what is simple and true about God. We must come to Him as children.  It’s not so complicated.  Even He said,

He has told you, O man, what is good;
and what does the Lord require of you
but to do justice, and to love kindness,[a]
and to walk humbly with your God? Micah 6:8

I have struggled with this for so long, but I felt I need to address it.  Don’t overcomplicate life. Pray for wisdom-yes-but don’t worry if you get it “wrong” every now and then.  He planned for that.